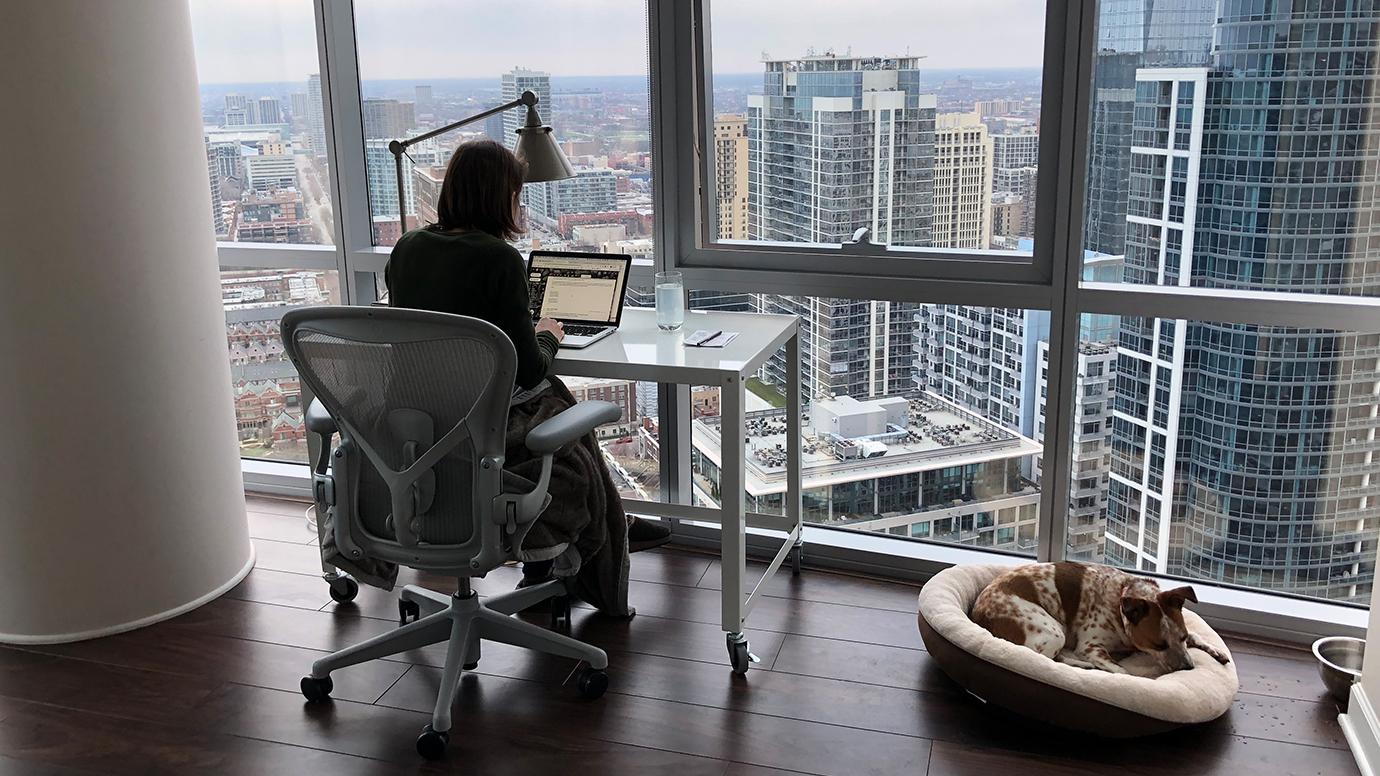 Below is an article about the work she does written by UChicago News:

For example: What if, in the early stages of the COVID-19 outbreak, Gov. JB Pritzker hadn’t ordered Illinois residents to stay at home?

The University of Chicago epidemiologist is an expert in modeling the spread of infectious disease. As head of one of the groups advising the state of Illinois on the pandemic, she helps explore possible scenarios in which officials take different measures to contain the coronavirus—and what they could mean for infections and deaths.

One thing is clear thus far: “Thanks to shutdown orders, we have managed to avert a massive Illinois epidemic—that according to our models, could easily have infected 60% of the population,” said Cobey, an associate professor in the Department of Ecology & Evolution. “The challenge now is to identify measures that could provide as-good or better protection, with less social cost.”

Before COVID-19, Cobey’s specialty was using innovative ways to understand how relationships between hosts and infectious disease evolve, especially influenza. But the emerging pandemic spurred her to assemble a team of current and former lab members that has been running models to advise the Illinois government on how to avert the worst possible scenarios for the pandemic.

She’s quick to explain, though, that these models aren’t intended to specifically forecast the actual future.

“Models are not crystal balls,” she said. “They’re just a way to organize your assumptions carefully and logically.”

And they are useful tools for policymakers as they consider options; the hope is to find ways to fine-tune restrictions to keep the worst consequences at bay.

The first step Cobey’s team takes is trying to carefully tease the most accurate information out of what is often patchy and incomplete data. They rely on death reports to get a sense of the scale of the COVID-19 epidemic, but it’s increasingly clear that many of the deaths actually caused by the virus didn’t wind up in the official accounting—either because the individuals died at home or not enough tests were available. “That’s going to skew your estimates,” Cobey said.

A great deal of their time is spent evaluating what might be throwing off their results. “For example, very few asymptomatic people—those carrying the virus without symptoms—are getting tested right now. So that’s a huge category we have very little information on. What might their role be in propagating transmission?” said M.D./Ph.D. student Sylvia Ranjeva, a member of Cobey’s COVID-19 team.

The role and number of asymptomatic cases are one of the primary things the team wishes we knew about the coronavirus. Other major ones: How immunity might work in people who have already been infected; and the role, if any, that children play in transmission.

“We know that school-age children tend to drive influenza transmission, even though they themselves often don’t get sick,” Cobey said. “These are the kinds of things that have huge implications for what interventions are effective. Can they go to school safely? That’s a big part of reopening the economy.”

Cobey and the team can run questions like that through their models to see the possible outcomes if various interventions are imposed.

“If we knew which sub-populations or settings contribute disproportionately—such as schoolkids—you can target interventions to them,” she explained.

One of her biggest questions right now is how to set up the most effective testing regime as areas begin to reopen parts of everyday life. Local officials will need to go slowly and carefully monitor for any spikes in cases, but the key is to do so as accurately as possible.

“Generally, what you’ll want to do is identify a subset of people, and periodically swab everyone in it, regardless of symptoms,” Cobey said. This group can serve as a bellwether for the general rates in the larger population as restrictions ease or increase. “This makes sure you’re not getting skewed by things like some people avoiding or being unable to go to the doctor, or uneven rates of testing availability, and the percentage of people who we know are transmitting the virus without having any symptoms.”

She has multiple collaborations underway with other scientists at UChicago, including several studies to explore the most effective ways to surveil cases, as well as how to get better data on who has already been exposed to the virus and how immunity works.

In the meantime, she’s grateful for her team of nine — some of whom are former students who have graduated, but came back to lend a hand. “It’s been miraculous to have three former lab members come back,” she said.

“It’s been intense, but awesome to be able to rejoin the team,” said Ranjeva, a former graduate student of Cobey’s who rejoined the lab to help with the mission.