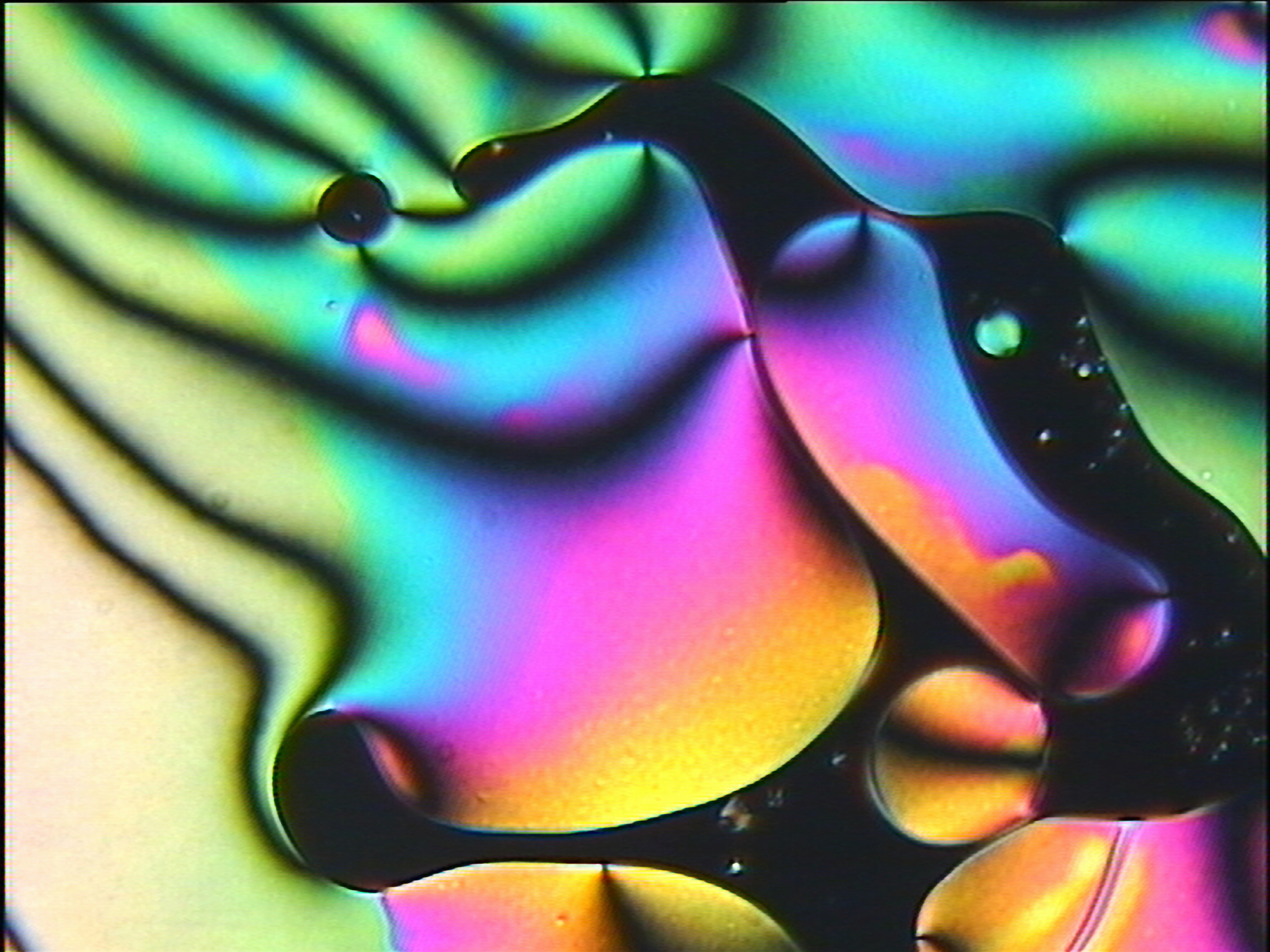 Liquid crystals, with their uniform molecular structure and orientation, offer exciting possibilities for future technology. They are already the basis of displays, which use the crystals’ orientation to exhibit a wide array of colors. Researchers have wondered whether they could manipulate tiny defects in the crystals to introduce new functions within the liquid—as microchannels for a tiny circuit, or to host chemical reactions, for example. But the first step is to keep the defects stable.

Researchers with the Pritzker School of Molecular Engineering at the University of Chicago, along with partners at the University of Ljubljana and the University of Chicago Research Computing Center, have shown that by using a combination of flow and light, they can create defects that remain stable in the liquid crystal over long periods of time. The breakthrough, published Feb. 15 in the journal Science Advances, could ultimately result in using liquids in new ways, such as to create new kinds of autonomous materials or nanoscale reactors.

“For the first time, we can create defects in pure liquids and control them, without introducing anything else into the system,” said Juan de Pablo, the Liew Family Professor in Molecular Engineering at the University of Chicago, who co-authored the research. “It could result in really interesting new objects or materials.”

To create the defects in the liquid crystals, researchers used laser tweezers—a laser system that can manipulate particles at the nanoscale—to heat up and melt either a tiny point or a line within the material. While the bulk of the liquid crystal remained ordered, the melted spot — several microns in size, just a little smaller than a single red blood cell—became disorganized. As it cooled, the molten liquid becomes reordered and forms a defect on its trail.

Because such defects cost the material energy, the material experiences strong driving forces to eliminate them, and it eventually reverts to a uniform, defect-free state. But researchers found that if they place the defect into a flow state in a microfluidic device—introducing forces that continually push the defect in different directions—it could not reorient and annihilate itself, and instead remained stable.

“By doing this, we can keep the defect alive for as long as we want,” said de Pablo, whose pioneering work develops molecular models and advanced computational simulations of molecular and large-scale phenomena.

Such a system also allowed them to have complete control over the size and shape of the defects. A second laser burst, for example, could break the defect into pieces, or move it from one spot to another.

To create this system, de Pablo and his group developed computational models of liquid crystals at rest, their defects and the precise forces needed to keep them stabilized. RCC resources and scientists assisted with simulations used to verify and refine these models. Then the researchers at the University of Ljubljana performed the experiments using this information and theoretical treatments of the underlying materials.

This system could pave the way for new display or sensor technologies. De Pablo and his collaborators are interested in using this technique to develop complicated networks of microfluidic channels that could serve as miniature factories, with built-in reactors, separation units, and transport mechanisms.

They also are looking to develop autonomous material systems that can stabilize defects on their own using flows. Such a material could “decide” by itself what shape to take in response to external cues, ultimately acting as an integrated system that could perform simple tasks on its own.

“This technique could have really interesting applications,” de Pablo said. “We have ambitious ideas.”

—Written by Emily Ayshford. A version of this story was first published on the Pritzker School for Molecular Engineering website.