Fourteen teams participated, hailing both from the Chicagoland area (University of Chicago, Northwestern University, and ITT Technical Institute) and national Ivy League schools (Harvard, Princeton, and MIT). Each team, with up to four participants, devised an economic study based upon a New York City Taxi and Limousine Commission dataset from 2009 to 2016, which corresponded to approximately 250 GB of data hosted on the RCC’s Midway compute cluster. 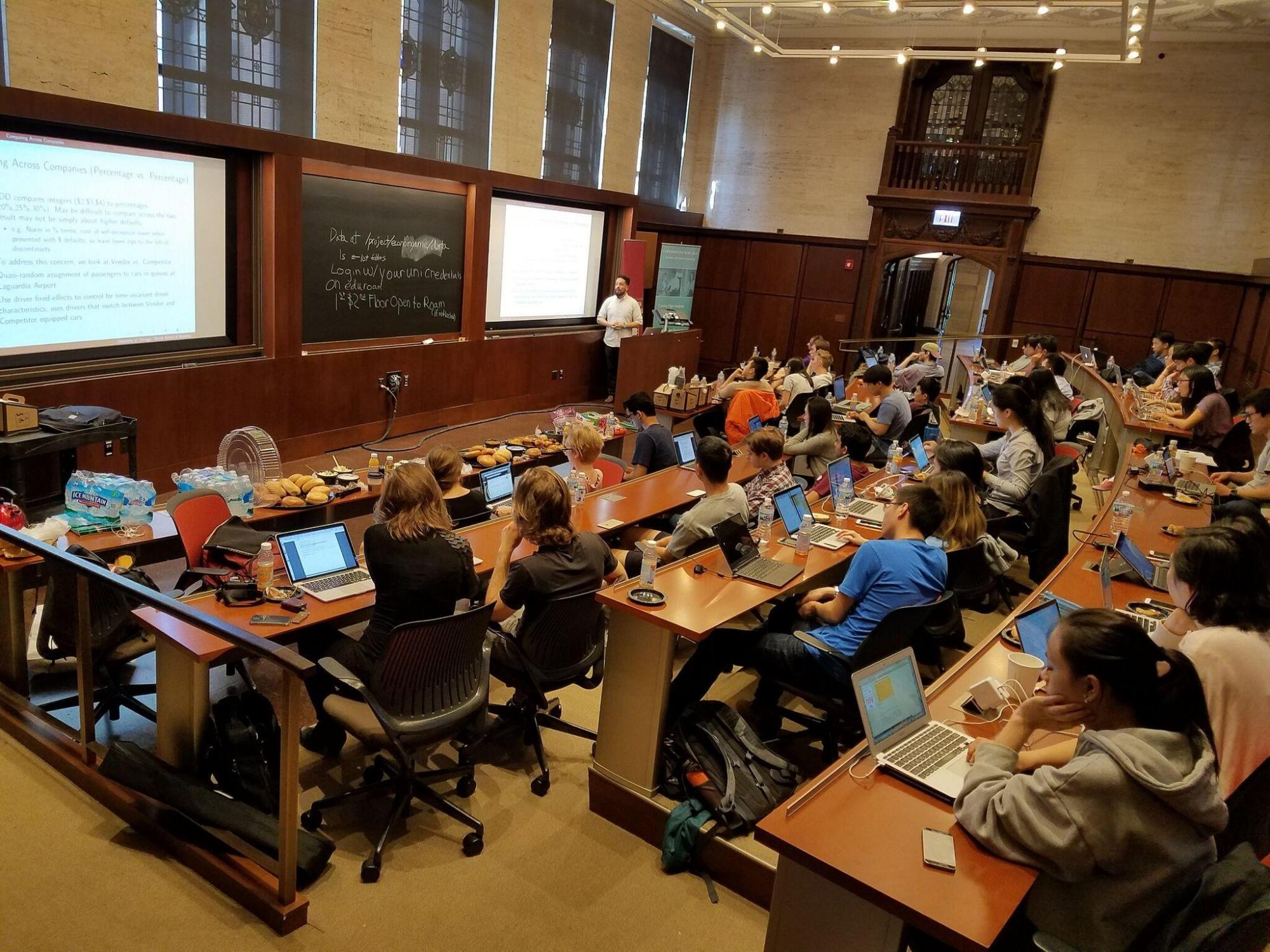 Presentation of the Econometrics Game. Image by Johnny Ma

RCC allocated each team one compute node on the Midway cluster, providing access to 28 Intel E5-2680v4 2.4GHz CPU cores and 64GB of memory. The software tools used to analyze data included R, Stata, Python, and Matlab. Within the allotted 14 hours, teams produced results and a paper based on their analysis of the complex data set using econometric techniques. Throughout the duration of the game, documentation and technical support was offered by RCC  computational scientists, making the RCC resources accessible to all the participants. After all of their hard work, the teams were left to relax and relish over their accomplishments. Papers were collected and judged, with winners presented to everyone the following day.

The next day, before announcing the best papers, RCC computational scientist Teodora Szasz, Image Analysis and Data Visualization specialist, gave a presentation about RCC resources. Despite the fact that some of the participants were already familiar with using the computational resources, they were impressed on how much support the RCC can offer throughout the workshop. By the end of the presentation, the enthusiastic participants proposed some interesting workshops on visualization of the economic data.

The participants chose several different data analysis topics. Teams studied the behavioral effects in taxi tipping, the magnitude effect of tipping on taxi drivers using multinomial logistic and multivariate linear regressions, and overcharging in the NYC taxi market. In a paper called “2019 is the year Williamsburg dies?”, one team estimated the changes in the New York City transit market in response to unexpected transit delays. 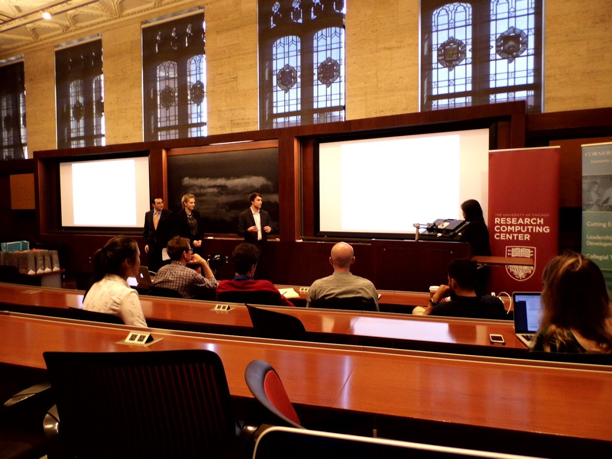 One of the teams, presenting their work during the competition. Image by Teodora Szasz 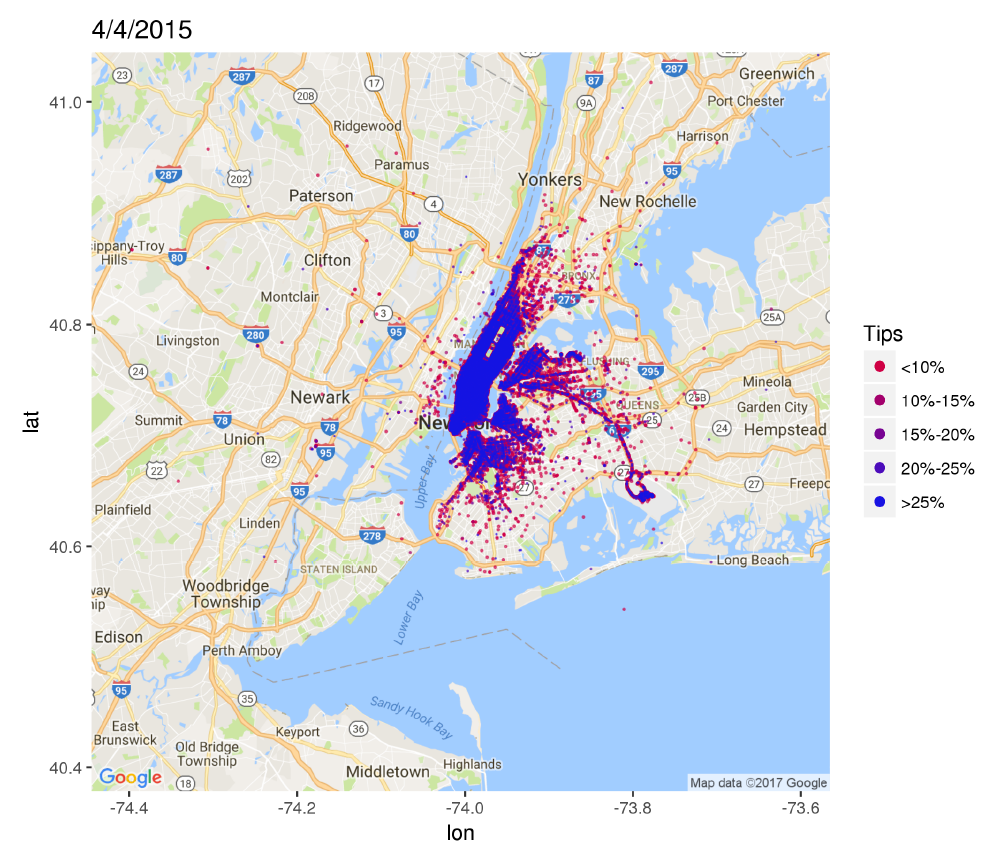 The map distribution of the taxi tips in NYC in 4/4/2015. Figure created by Richard Liu and Thomas Yu

In all, the 3rd Annual Econometrics Game was a huge success. Students and staff had a wonderful time exploring real world economic challenges, and learned about the critical services provided by the RCC. At the end of the presentations, the Oeconomica affirmed that “without RCC, this success would not have been possible” and “hopefully we can work together next year and in many more ways in the future”.