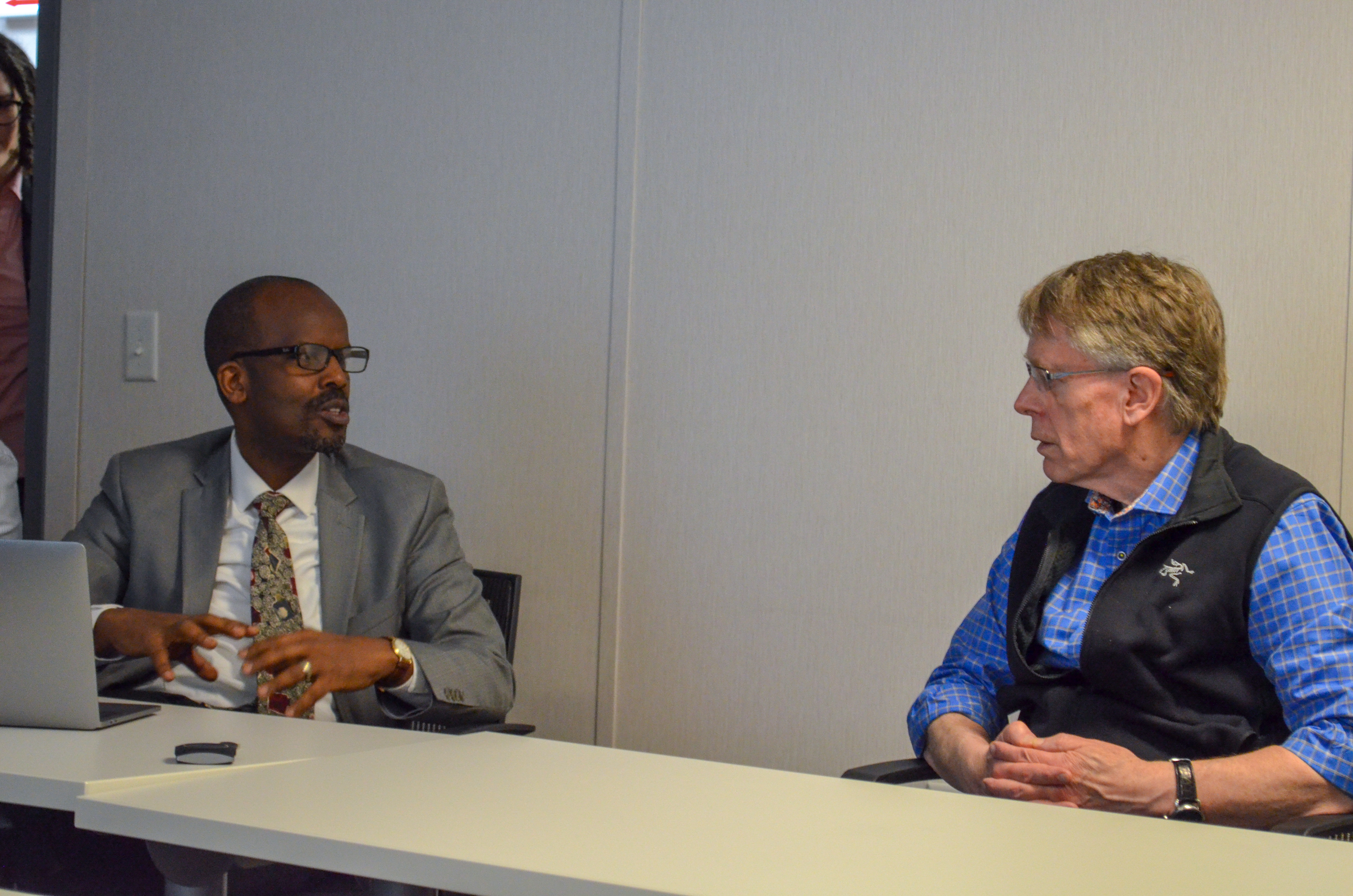 Two different University of Chicago entities, the Research Computing Center (RCC) and the Macro Finance Research Program (MFR) are establishing a formal bridge to coordinate computational efforts and overlapping aims. The Macro Finance Research Program, led by University of Chicago’s David Rockefeller Distinguished Service Professor, Lars Peter Hansen, has had a long-standing goal to compare and contrast implications of dynamic stochastic economic models with financial frictions through the study of their non-linear transmission mechanisms. The models of focus for the MFR program are continuous-time stochastic models with financial intermediaries and heterogeneous productivity, market access and aversion to risk on the part of households and experts. Nonlinearities are induced by the restrictions on the market opportunities. The types of comparisons result in macroeconomic quantity implications, asset pricing implications and the design of regulatory policy.

The Research Computing Center (RCC), under the leadership of Hakizumwami Birali Runesha, is dedicated to providing the University of Chicago community a full-service high-performance computing (HPC) center, including visualization resources, access to software, workshops, one-on-one consulting with domain experts, and complete data-management strategies to researchers across all departments and divisions.

While these two research entities have different interests, each can learn from the other in terms of problems of interest and numerical solutions to those problems. The two teams have been collaborating to enhance the potency of the computational efforts. Specifically, under RCC’s guidance, the MFR Program successfully set up and used PARDISO (Parallel Sparse Direct Solver) for large-scale matrix decomposition, using multiple processors on midway clusters. Furthermore, RCC pointed the MFR team to gradient methods, such as conjugate gradient (CG), to solve linear systems. The RCC also provided valuable suggestions to the MFR team pertaining to the use of preconditioners in improving performance, as the MFR team tackles the curse of dimensionality.

The RCC helped immensely with the software development of the MFR Suite, a collection of Python modules used for the macro-finance analysis, the core of which is written in C++. Realizing that C++ is not widely used, the MFR team, under RCC’s guidance, developed Python wrappers and a graphic user interface, such that the researcher can analyze models without coding at all. With RCC’s help, the MFR Program packaged its code into user-friendly software and launched it free to the public on February 18, 2019. Two and a half months after its launch, the MFR Suite has 118 subscribers. The MFR Suite was also presented at the 2019 Macro Financial Modeling (MFM) Winter Capstone Conference and was recently used in an online course taught across eight universities, including Chicago and Princeton, among others, taught by Lars Peter Hansen, Markus Brunnermeier, Yuliy Sannikov, Fabrice Tourre and Paymon Khorrami.

Going forward, the MFR and RCC will meet regularly to establish overlapping efforts and to help increase the efficiency of MFR’s computational projects. At the same time, the MFR program will put forward new computational challenges on the radar of the RCC. Through this formal bridge, the two entities will work to come up with innovative and user-friendly software packages that will be disseminated to a broad research community within economics and finance.