Physicists reveal how motion can be generated by frustration 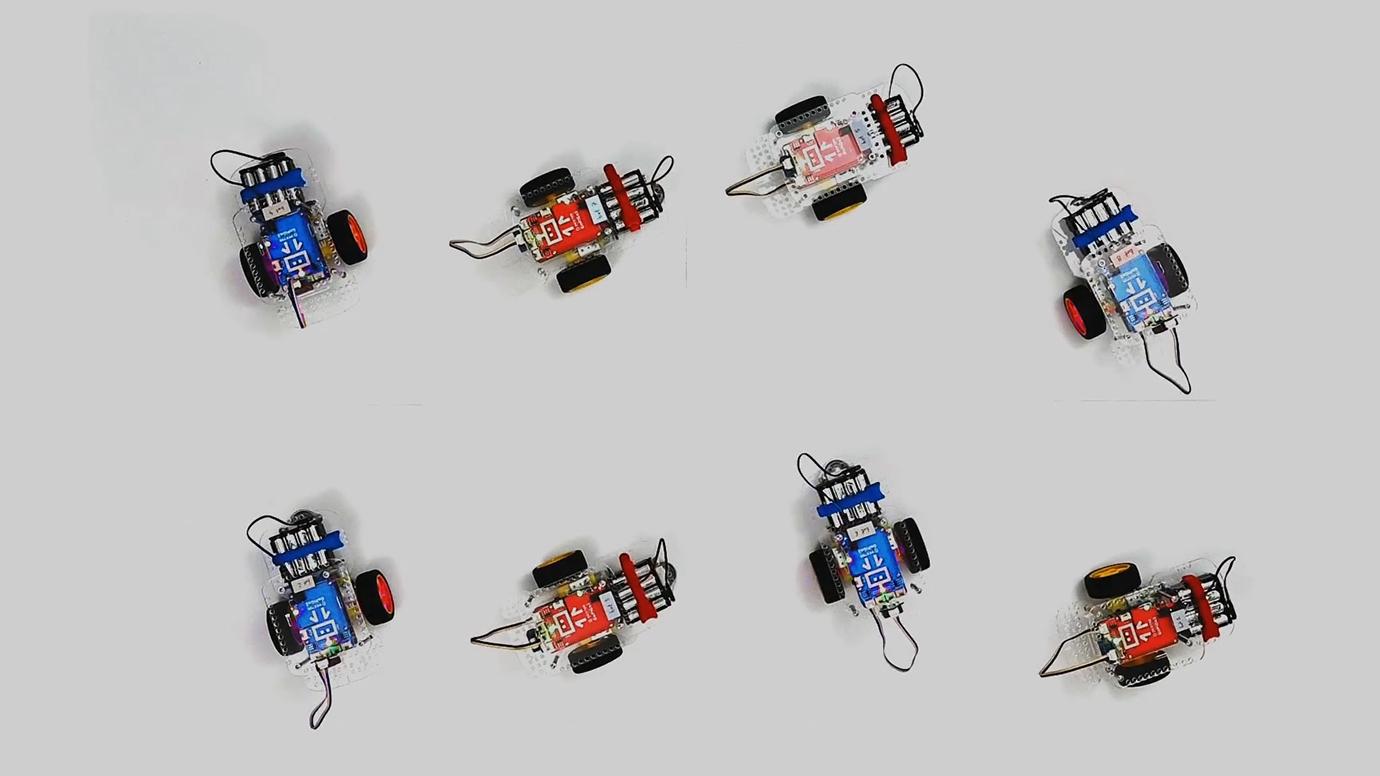 When two people want different things, frustration is inevitable. But these non-reciprocal interactions can also occur not just between people, but in the natural world.

In a paper published April 14 in the journal Nature, a team of University of Chicago scientists described how systems composed of many objects that have such non-reciprocal interactions can evolve in surprising ways. This may underlie many phenomena we see around us, from neurons to bird flocks and quantum systems.

There’s a field of physics which deals with figuring out the collective behavior that results from many objects interacting. If the objects have the ability to move according to their own “preferences”, they’re referred to as active agents. For example, humans in crowds tend to move together, or birds might prefer to align in V-formations while flying.

But as they considered different scenarios, the researchers found that if the preferences compete, sometimes they can create unique forms of motion.

“Imagine two children who have to sit together at a table in a garden for lunch,” said study co-author and postdoctoral researcher Michel Fruchart. “One child wants to sit close to the other. But the other child wants to sit as far away as possible from the first. As soon as the first child scoots closer, the second child moves away, and they wind up circling the table constantly.”

When many disagreeing agents are put together, this creates a constant collective movement, generated by the “frustration” in their competing tendencies. “It’s unusual because there’s no external torque,” said Prof. Vincenzo Vitelli, a study co-author. “The rotation simply comes from how the agents interact.”

As a consequence, a rotation is spontaneously created: the agents (like the robots in the movie) can start rotating either clockwise or anticlockwise, depending on their initial conditions.

The team explored the behaviors by changing how much the agents agree or disagree with each other. They noticed that the moment where the spontaneous motion is created is equivalent to a phase transition—like the moment water changes from liquid to ice. “But it is a special type of phase transition, marked by what is known in mathematics as an exceptional point,” said Fruchart.

This was exciting to the scientists because it’s a new wrinkle in understanding the behavior of systems with many interacting objects, a field called many-body physics.

“Furthermore, what’s interesting about it is that it’s a general theory,” said study co-author Prof. Peter Littlewood. “It turns out that this transition has some universal characteristics that appear in many apparently unrelated systems.”

“It was a very exciting moment, to realize the concept we were chasing was more general—that it broadly appears in nature,” said postdoctoral researcher and study co-author Ryo Hanai.

Hanai and Littlewood encountered the concept of exceptional points as they were trying to understand the behavior of a type of quantum matter which can gain or lose energy. They had an inkling that they could explain it without the language of quantum mechanics. “We suspected that the concept itself was much more broad,” said Hanai. “Luckily, the University of Chicago is a place where you can walk down the hallway and talk to one of the leading experts in active matter—and that’s what we did.”

Down the hall, Vitelli and Fruchart were studying exceptional points in a completely different context—in a field called active matter, which investigates the behavior of objects with internal sources of energy, like flock of birds or muscle tissue. The four physicists teamed up to explore the puzzling mathematical similarities between these seemingly disparate subjects.

“You would think that the physics of systems which can gain or lose energy and that of non-reciprocal systems would be distinct,” said Vitelli. “But when we looked at it, we found the distinction was blurred, so that you could not think of one without the other. When you can blur that distinction, you suddenly have a lot of new ways to attack a problem.”

Because non-reciprocal systems are widespread in nature, the researchers hope their results can be useful in fields beyond physics.

For example, there are two broad categories of neurons in the brain: excitatory neurons, which increase other neuron’s activity, and inhibitory neurons, which decrease it. “This is very much a non-reciprocal system,” Littlewood said. “We’re opening up collaborations with neuroscientists at UChicago to try to see if applying this lens of thinking about it is useful.”

This article originally appeared on the UChicago News website.