Getting Light to Give Up its Secrets 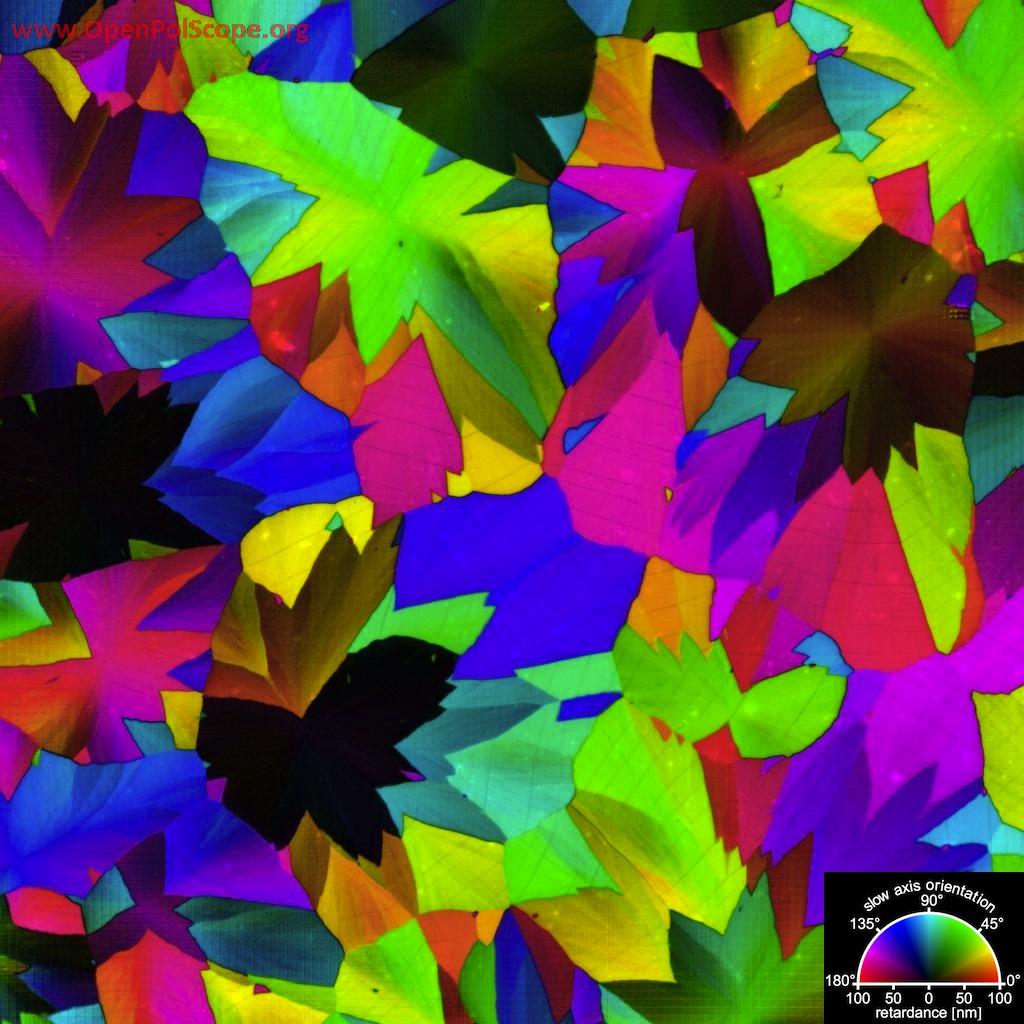 Humans don’t often think about the polarization of light, said Rudolf Oldenbourg, senior scientist at the Marine Biological Laboratory, in a talk hosted by the Research Computing Center. That might be because, unlike animals such as cuttlefish and monarch butterflies, our eyes aren’t set up to detect it. But ignoring polarization would be a mistake; as Oldenbourg went on to explain, polarized light can help scientists unlock many secrets.

Oldenbourg started off with a refresher on the basics of polarization. Ordinary light is polarized in many different directions, but polarizing filters can block all light not polarized in a direction parallel to the filter’s axis. Placing two polarizing filters in front of a light source will let most of the light through if their axes are parallel, or block the light completely if their axes are orthogonal. But place a piece of ordinary plastic between two orthogonal filters and stretch it, putting the polymers under stress, and light comes through. And not just any light—a veritable rainbow of colors.

The colors produced by this technique are due to a property called birefringence. Birefringent materials are transparent or translucent and have molecules aligned in one direction. The molecular alignment creates a “slow” and a “fast” axis in the material. Light polarized parallel to the slow axis travels slower through the material; conversely, light polarized parallel to the fast axis isn’t delayed as much. This causes a birefringent material to display a kaleidoscopic array of colors when viewed through polarizing filters.

Using polarized light in a microscope to tease out detail has been used for many decades to generate contrast in birefringent specimens and to determine their physical properties without modifying the specimen by staining it. But Oldenbourg took it a step further, inventing a device he called the LC- PolScope, which uses computer-controlled liquid crystals to enhance the measurement of how birefringent the material is (a quantity called retardance). Oldenbourg commercially licensed the technology for the LC-PolScope years ago, and it is now widespread in laboratories. (Notably, it’s become popular in fertility clinics, where eggs can be examined without staining them.) He’s now spearheading a project called OpenPolScope, an open-access effort to spread knowledge of the science behind the LC-PolScope farther and wider. This includes both the computer software needed to operate the liquid crystals and information for researchers wishing to fabricate their own add-ons to their microscopes. 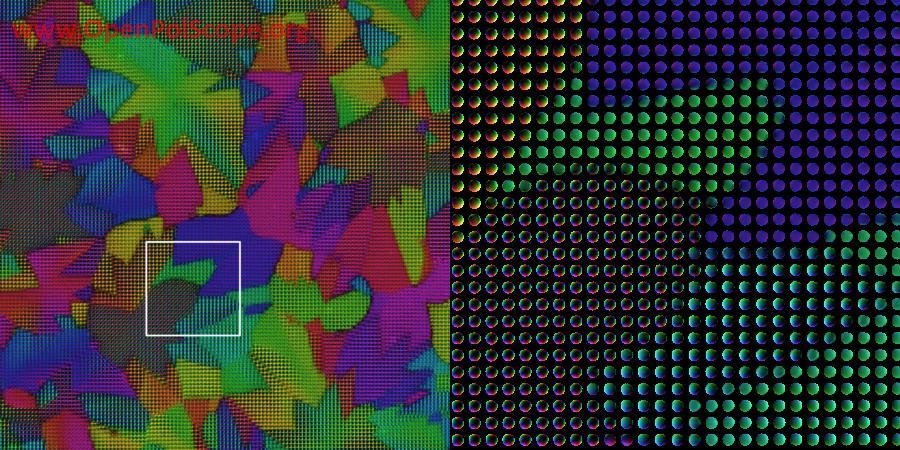 The same calcite crystals at the top of the page imaged with the birefringence OpenPolScope equipped with a light field sensor. In the enlarged region, a crystal reveals the orientation of its optic axis by the retardance pattern measured behind each microlens.

But perhaps the most far-reaching part of OpenPolScope is the collaboration’s venture into light field imaging, which detects not just the wavelength and intensity of light but also the direction it came from. This allows 3D information to be encoded in a single image, meaning the focal plane for the image can be chosen after the picture is taken. It’s little more than a party trick for the general public, but the ability to measure polarization from multiple angles at once means Oldenbourg sees a bright future for the combination of the two technologies.