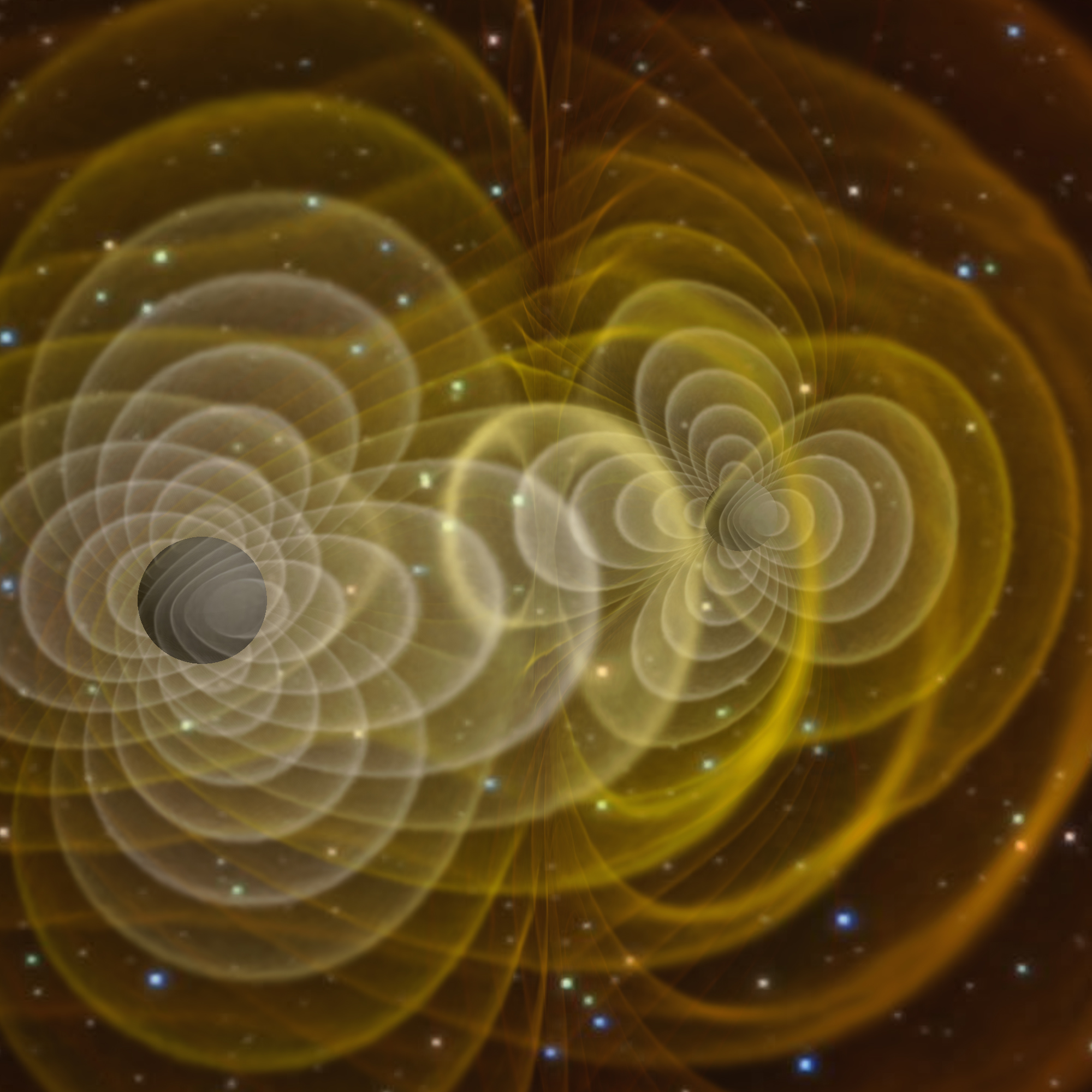 Twenty years ago, scientists were shocked to realize that our universe is not only expanding, but that it’s expanding faster over time.

Pinning down the exact rate of expansion, called the Hubble constant after famed astronomer and UChicago alumnus Edwin Hubble, has been surprisingly difficult. Since then scientists have used two methods to calculate the value, and they spit out distressingly different results. But last year’s surprising capture of gravitational waves radiating from a neutron star collision offered a third way to calculate the Hubble constant.

That was only a single data point from one collision, but in a paper published last year in Nature, three University of Chicago scientists used Research Computing Center resources to estimate that, given how quickly researchers saw the first neutron star collision, they could have a very accurate measurement of the Hubble constant within five to ten years.

“The Hubble constant tells you the size and the age of the universe; it’s been a holy grail since the birth of cosmology. Calculating this with gravitational waves could give us an entirely new perspective on the universe,” said study author Daniel Holz, a UChicago professor in physics who co-authored the first such calculation from the 2017 discovery. “The question is: When does it become game-changing for cosmology?”

In 1929, Edwin Hubble announced that based on his observations of galaxies beyond the Milky Way, they seemed to be moving away from us—and the farther away the galaxy, the faster it was receding. This is a cornerstone of the Big Bang theory, and it kicked off a nearly century-long search for the exact rate at which this is occurring.

To calculate the rate at which the universe is expanding, scientists need two numbers. One is the distance to a faraway object; the other is how fast the object is moving away from us because f the expansion of the universe. If you can see it with a telescope, the second quantity is relatively easy to determine, because the light you see when you look at a distant star gets shifted into the red as it recedes. Astronomers have been using that trick to see how fast an object is moving for more than a century—it’s like the Doppler effect, in which a siren changes pitch as an ambulance passes.

But getting an exact measure of the distance is much harder. Traditionally, astrophysicists have used a technique called the cosmic distance ladder, in which the brightness of certain variable stars and supernovae can be used to build a series of comparisons that reach out to the object in question. “The problem is, if you scratch beneath the surface, there are a lot of steps with a lot of assumptions along the way,” Holz said.

Perhaps the supernovae used as markers aren’t as consistent as thought. Maybe we’re mistaking some kinds of supernovae for others, or there’s some unknown error in our measurement of distances to nearby stars. “There’s a lot of complicated astrophysics there that could throw off readings in a number of ways,” he said.

The other major way to calculate the Hubble constant is to look at the cosmic microwave background—the pulse of light created at the very beginning of the universe, which is still faintly detectable. While also useful, this method also relies on assumptions about how the universe works.

The surprising thing is that even though scientists doing each calculation are confident about their results, they don’t match. One says the universe is expanding almost 10 percent faster than the other. “This is a major question in cosmology right now,” said the study’s first author, Hsin-Yu Chen, then a graduate student at UChicago and now a fellow with Harvard University’s Black Hole Initiative.

Then the LIGO detectors picked up their first ripple in the fabric of space-time from the collision of two stars last year. This not only shook the observatory, but the field of astronomy itself: Being able to both feel the gravitational wave and see the light of the collision’s aftermath with a telescope gave scientists a powerful new tool. “It was kind of an embarrassment of riches,” Holz said.

Gravitational waves offer a completely different way to calculate the Hubble constant. When two massive stars crash into each other, they send out ripples in the fabric of space-time that can be detected on Earth. By measuring that signal, scientists can get a signature of the mass and energy of the colliding stars. When they compare this reading with the strength of the gravitational waves, they can infer how far away it is.

This measurement is cleaner and holds fewer assumptions about the universe, which should make it more precise, Holz said. Along with Scott Hughes at MIT, he suggested the idea of making this measurement with gravitational waves paired with telescope readings in 2005. The only question is how often scientists could catch these events, and how good the data from them would be.

‘It’s only going to get more interesting’

The paper predicts that once scientists have detected 25 readings from neutron star collisions, they’ll measure the expansion of the universe within an accuracy of 3 percent. With 200 readings, that number narrows to 1 percent.

A precise new number for the Hubble constant would be fascinating no matter the answer, the scientists said. For example, one possible reason for the mismatch in the other two methods is that the nature of gravity itself might have changed over time. The reading also might shed light on dark energy, a mysterious force responsible for the expansion of the universe.

“With the collision we saw last year, we got lucky—it was close to us, so it was relatively easy to find and analyze,” said Maya Fishbach, a UChicago graduate student and the other author on the paper. “Future detections will be much farther away, but once we get the next generation of telescopes, we should be able to find counterparts for these distant detections as well.”

The LIGO detectors began a new observing run in April, joined by their Italian counterparts at VIRGO. Thanks to an upgrade, the detectors’ sensitivities are now much higher—expanding the number and distance of astronomical events they can pick up.

“It’s only going to get more interesting from here,” Holz said.