From the Bayesian Forest to Cities Full of Data 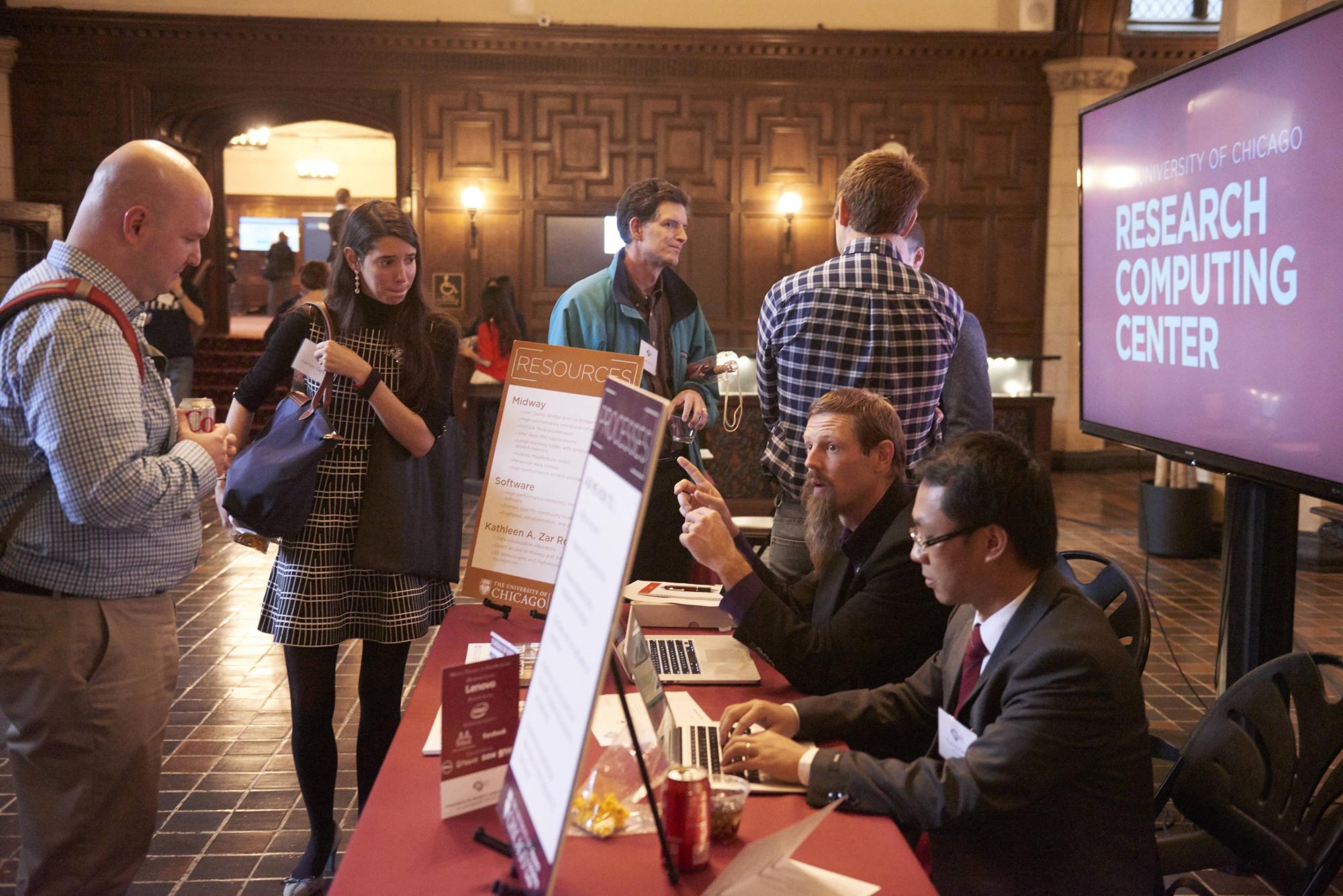 The Research Computing Center brought the University of Chicago community together again for the second annual Mind Bytes research computing expo and symposium on October 27, 2015. University faculty, staff, students, and visitors gathered to meet their colleagues from across campus and learn more about the many uses of research computing.

The lightning talks--15 minute mini-lectures given by five distinguished faculty members on research done with RCC resources--were a major attraction again this year. Kindlmann’s talk was titled "Visualizing pioneer neuron motion from light-sheet microscopy," He gave three reasons of how he loves using resources at the RCC: first, RCC lowers the cost of collaboration. His collaborators used to share data with him through many different means, ranging from FTP to physically handing him USB drives; now they all share data in one directory on Midway. Second, it simplifies working on data; a light-sheet microscopy project he’s involved in can generate 7 TB of data each day, and RCC consultants have helped him “drink from that firehose.” Last, it’s an important resource for his research into image analysis and data visualization, specifically his work in creating a new programming language, Diderot, specifically for image analysis and visualization. 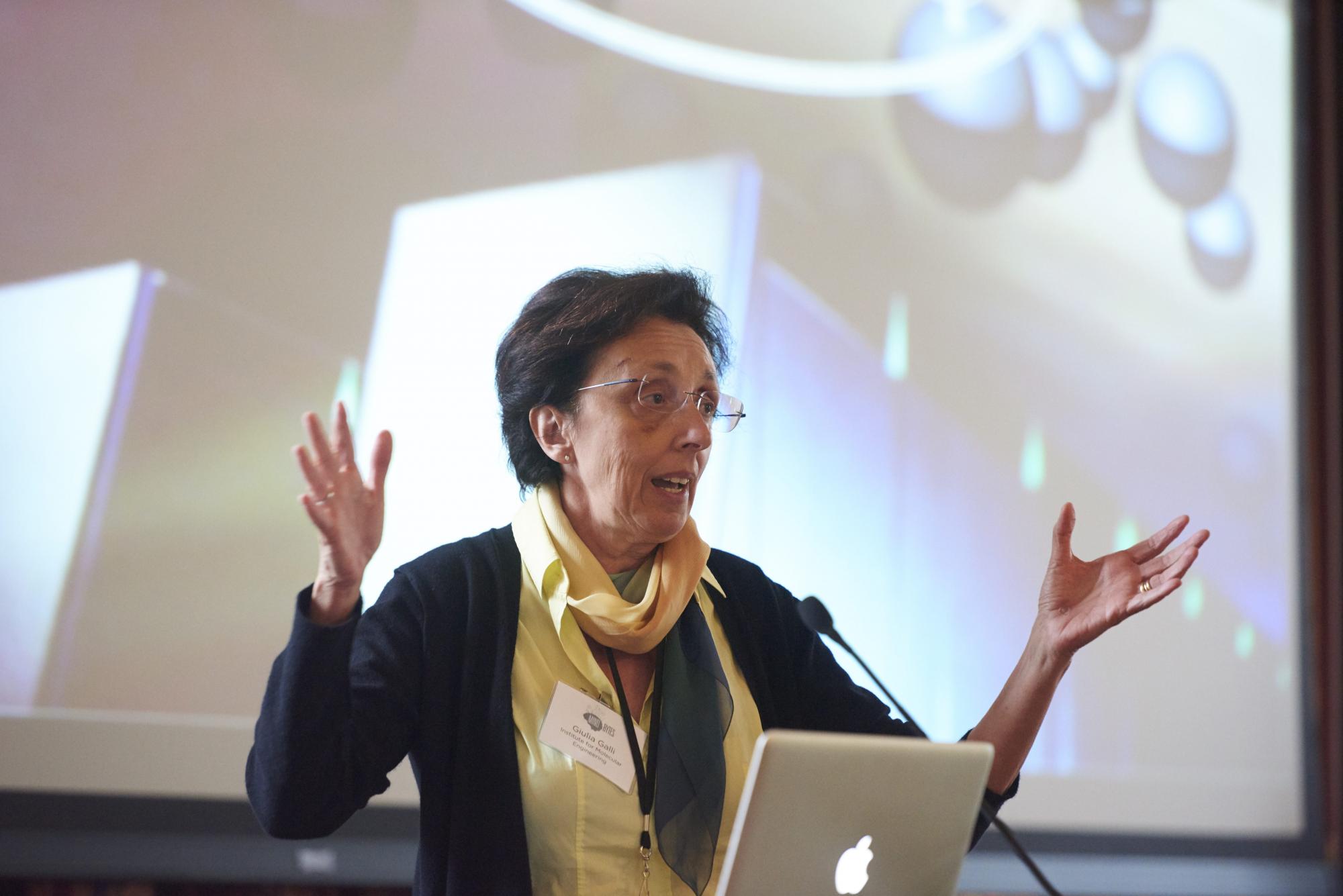 Galli summed up her work thusly: “We spend our time trying to solve the Schrödinger equation,” used to describe particles on quantum scales, which governs her attempts to design custom nanoscale materials with specific properties. Those materials are tailor-made to solve ambitious problems like purifying water, harvesting and storing energy from the sun, and controlling carbon emissions. RCC’s Midway compute cluster serves as a proving ground for her simulation codes before they run on Argonne’s Mira supercomputer. 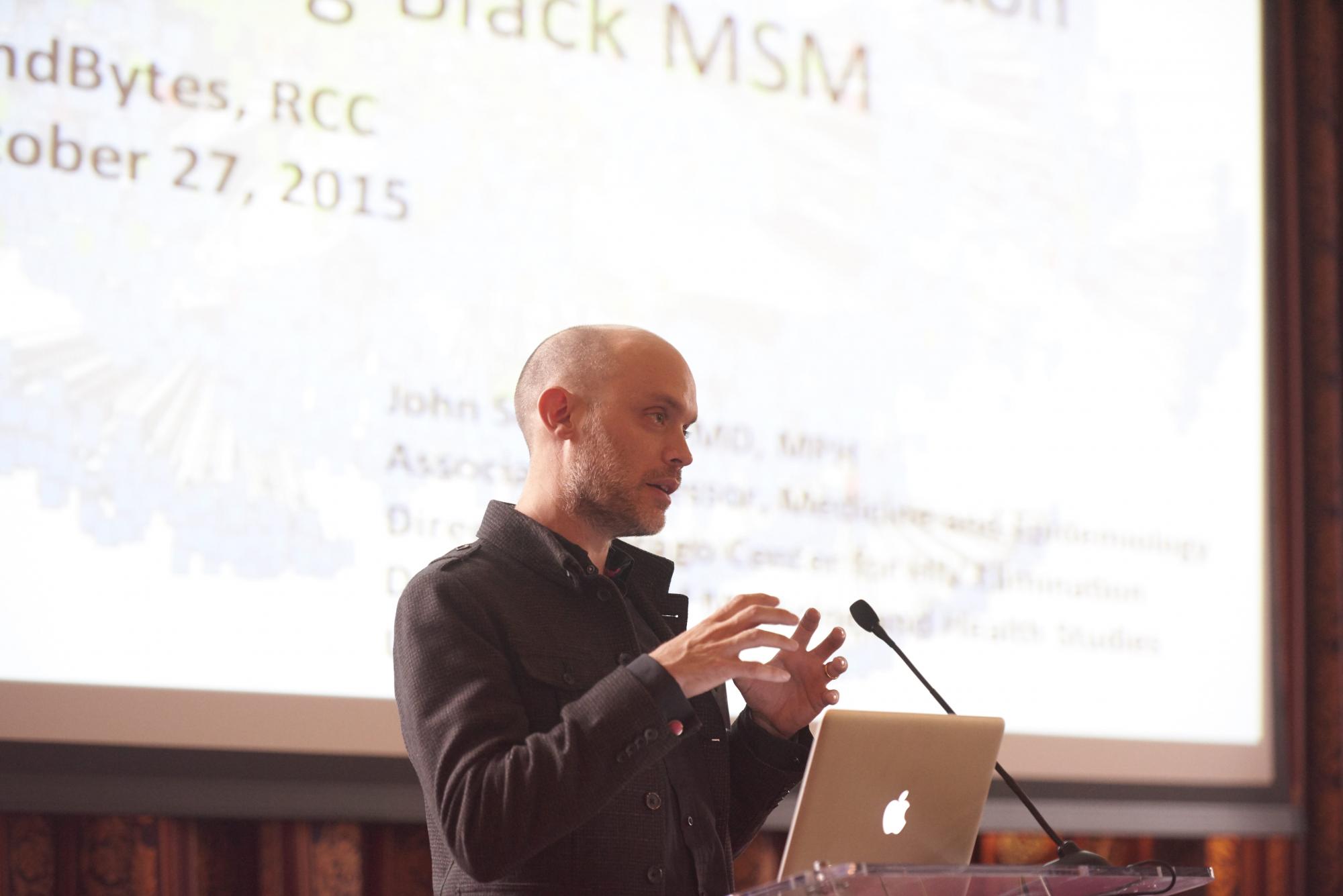 “We’re getting close to limiting the epidemic of HIV” in Chicago, said Schneider, through viral suppression medications that allow HIV patients to live long, normal lives. But getting that information out to actual HIV patients is easier said than done. Schneider has teamed with NORC to find “bridging” individuals—people who connect multiple social groups together, in this case, among men who have sex with other men on the South Side of Chicago. Those “bridges” are at higher risk for HIV infection, so identifying them and recruiting them to help spread the news about HIV prevention and treatments is crucial to blunting the epidemic. RCC has helped the Schneider group write computer programs and the data visualization tool to help the researchers make sense of the social networks in their survey, acquired from individuals’ Facebook friends list. 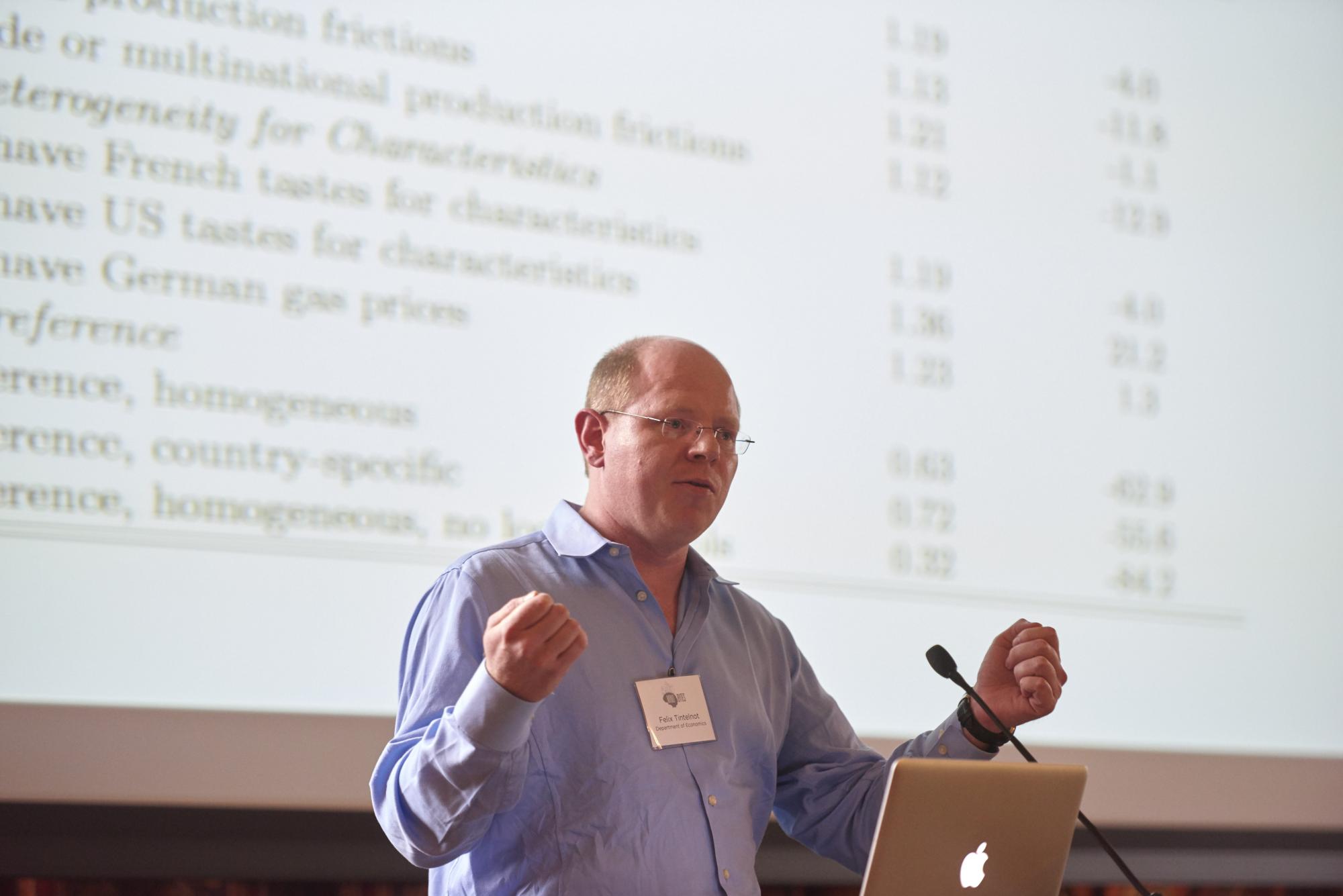 Tintelnot’s talk, titled "Using the UChicago RCC to better understand the global economy," explored two examples of his research with RCC. The first was determining the degree to which citizens of a country were willing to pay for a car made in their own country versus an otherwise identical import. (Americans, as it turned out, were willing to pay a $1000 premium for an American car.) The second project studied the factors that led multinational companies to place manufacturing plants in other countries. With 67 countries under consideration, he said, there were 267 possible combinations of countries alone; fortunately, RCC helped him get the calculations for both projects down to a manageable size. “Here’s how I define big data,” explained Taddy: data that’s too big to fit on a single machine, and is also “weird” in some way. His big data project, housed on Midway, sought to optimize features of the eBay website; eBay would modify things aspects of their site (such as the size of a picture) for different customers, to determine if that changed purchasing habits—and if so, for whom. For these experiments, Taddy performed regression analyses to construct decision trees describing which factors were important in the customer’s purchase. Added together, these decision trees became what he called a “Bayesian forest.”

Current and Future Urban Challenges: The Role of Big Data and Technology 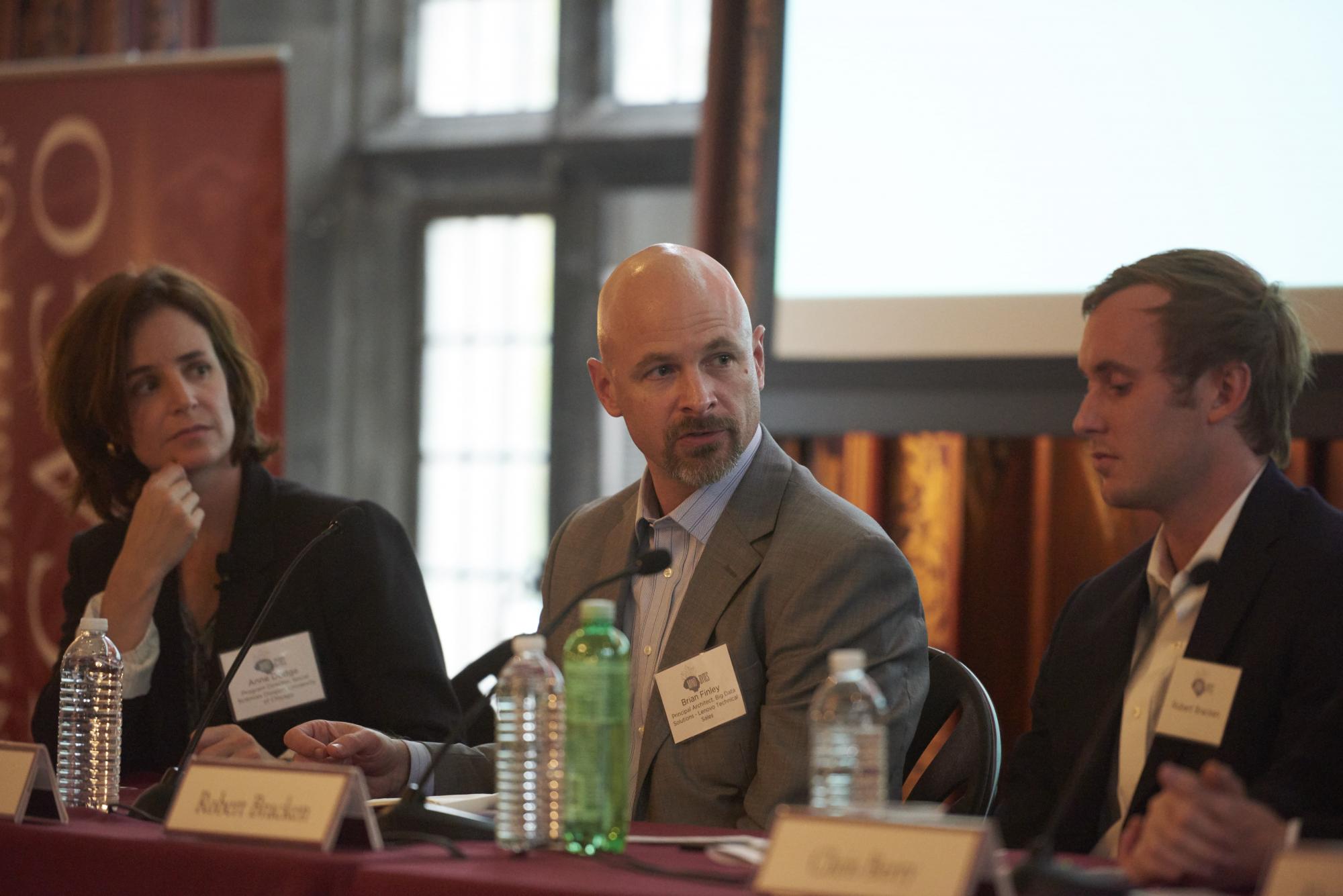 After the introductions, Dodge started the panel off by asking the panelists for an example from their own work where big data impacted an urban community.  Bracken described how he and his colleagues at SOM used large data sets to move their design from reactive to proactive, designing communities around local microclimates, responding to ecological patterns, and studying relationships in urbanization in communities served by the Tennessee Valley Authority. Finley noted the increased prevalence of police video cameras; that data has been used to monitor crowds forming and to identify the face of suspected criminals in real time: “When [the police] get there, they already know what the person of interest looks like.”

Dodge also asked how civic engagement was changing the way we use the data we already have. O’Neill said there isn’t yet a good way to engage the public on controversial matters like school closings or building a trauma center using data-centered arguments—emotions still hold sway. Finley agreed, saying that technology alone can’t solve problems. In the end, people need to decide who uses it and how.

One attendee asked how the less-than-realistic use of big data in police procedurals and other popular culture was affecting the public’s expectations of how big data could actually be used. Berry said that if anything, it fueled paranoia about a Big Brother-style government. But O’Neil disagreed, arguing people might feel more favorably disposed to big data solutions if they saw how it could have a positive impact on their lives, such as stopping a kidnapping or finding a lost dog. Several organizations participated in the Mind Bytes resource fair, introducing their services to faculty and students in attendance: OCHRE (Online Cultural and Historical Research Environment, which supports customized database projects in the humanities, social sciences, and beyond), Globus (a project of the Computation Institute that to develop a software infrastructure for distributed computing), UChicagoGRAD, the University of Chicago Library, and the University’s IT Services office. In addition, RCC consultants manned their own table, answering questions about how RCC’s hardware, software, and human expertise could be used to enhance researchers’ work. 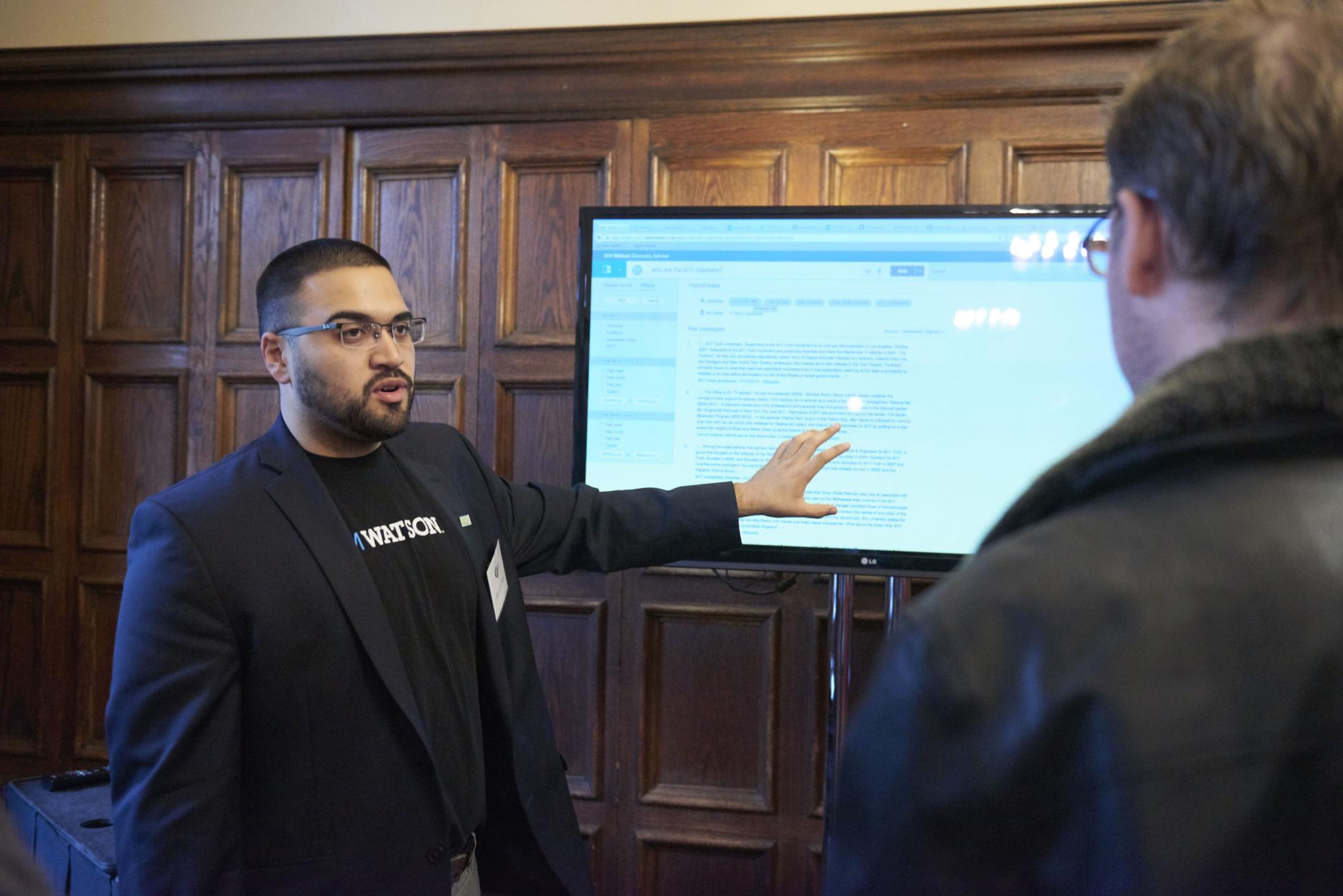 RCC welcomed IBM back to Mind Bytes, who again brought a kiosk demonstrating their Watson cognitive computing system. As an example, an IBM employee showed how Watson could be used to highlight connections between people and places—in this case, the 9/11 hijackers--out of open-source documents. While that was impressive in itself, the demonstration used an untrained algorithm, one that had not been refined for a specific kind of search. A trained algorithm can be used much more effectively; a Watson analysis of medical journals has already been used to determine new directions for medical research. 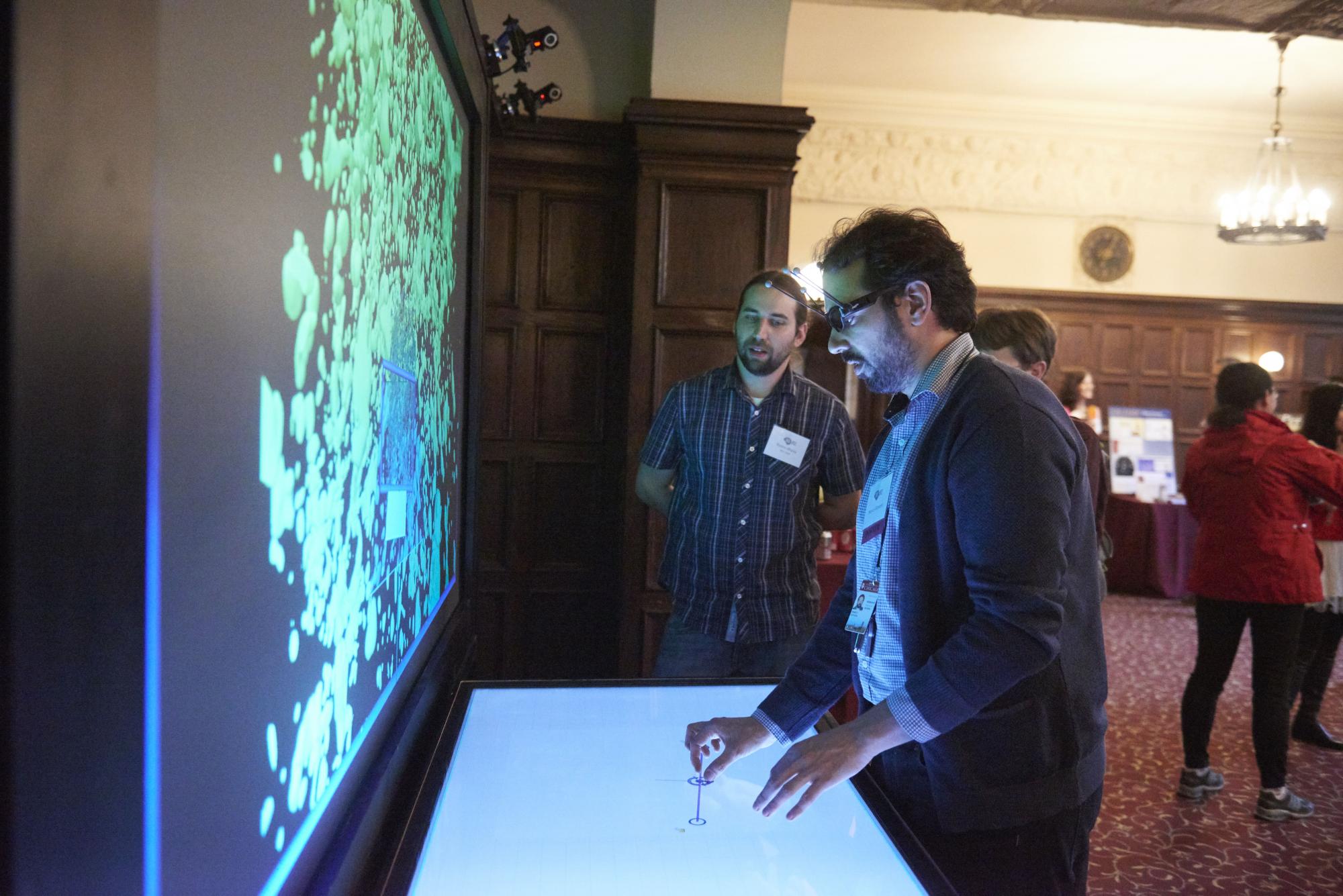 Across the room, RCC’s Robin Weiss showed off the Interactive Visualization Workbench (IVW), familiarly called “the megatable.” The IVW combines 3D projection, motion-tracking technology, and a large-format touchscreen to create a unique facility for manipulating three-dimensional data in real time. 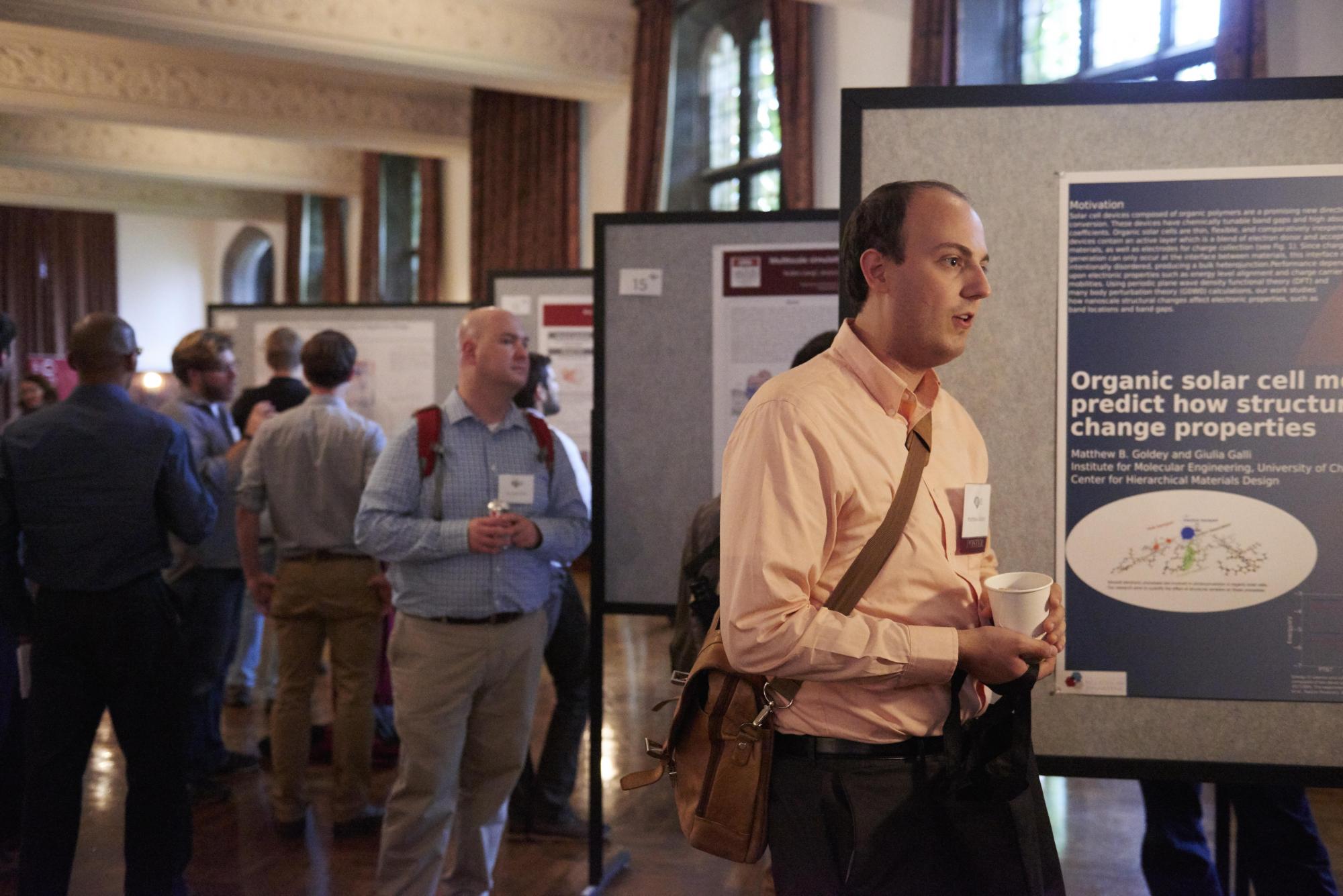 A major part of Mind Bytes was the poster competition, which allowed researchers to present their results attained through the use of RCC's computers, programs, and/or consultants. Twenty-six posters, representing fields as different as molecular engineering and sociology, were submitted for competition. (All of the judging-eligible posters can be viewed in this gallery.)

A panel of four judges considered the research contained in the posters for four awards. The winners were:

The RCC Mind Bytes Award for Visualization in Research

The RCC Mind Bytes Award for Performance and Scalability

Many thanks to all our attendees, presenters, and exhibitors, and especially to our sponsors: DDN, Mellanox, Intel, RAID, Dell, Lenovo, Facebook, and Palantir. Check mindbytes.uchicago.edu starting this coming spring for details about the next Mind Bytes!